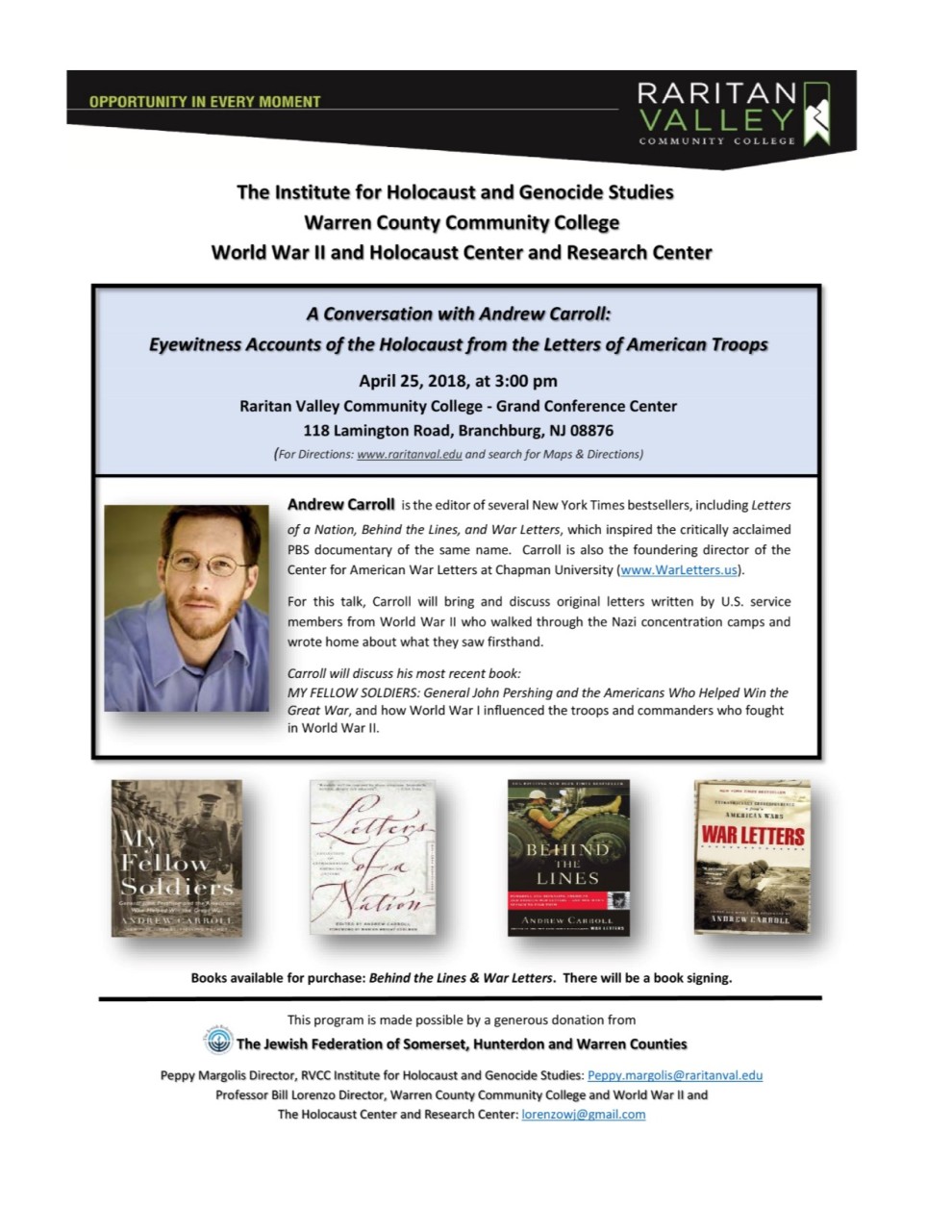 Andrew Carroll is the editor of several New York Times bestsellers, including Letters of a Nation, Behind the Lines, and War Letters, which inspired the critically acclaimed PBS documentary of the same name. Carroll is also the foundering director of the Center for American War Letters at Chapman University (www.WarLetters.us).
For this talk, Carroll will bring and discuss original letters written by U.S. service members from World War II who walked through the Nazi concentration camps and wrote home about what they saw firsthand.
Carroll will discuss his most recent book:
MY FELLOW SOLDIERS: General John Pershing and the Americans Who Helped Win the Great War, and how World War I influenced the troops and commanders who fought in World War II.